Managing Your Energy for Peak Performance

Managing time – we all get tons of advice about how to do it better.  Meanwhile, we all keep struggling to get everything done, and we end up feeling exhausted and inadequate.  The truth is you can’t really manage time.  You get 24 hours a day and there’s nothing you can do to change that.

But here’s the good news – there’s a better way.  Instead of focusing on managing time, think about managing your energy.  That means three things.  First, you can maximize your energy capacity by taking care of yourself: eating right, exercising, getting enough sleep, spending time with people who care about you, etc.

Second, you can manage your energy the way top-performing athletes and business leaders do, using a rhythm called “sprint and recover.”  How often do you hear someone boast about working 24/7, or telling you that “life is a marathon?”  What nonsense!  For peak performance, you need to work flat-out, as hard as you can, for a defined period.  Then stop, rest, and recover – just the way a sprinter does at the end of a hard race.  There’s plenty of research showing that “sprint and recover” leads to increased productivity.  If you want to know more, read The Power of Full Engagement by Loehr and Schwartz.

But even if you make all kinds of good choices, you’ll still have a finite amount of energy. That’s where step three comes in – calibrating how much energy you’ll spend on each of the tasks and activities you are called on to do.  My recent book, Curating Your Life: Ending the Struggle for Work-Life Balance, is about how to do that.

Think about how curators put together a great exhibit.  First, they must be clear about the focus of the exhibit – what is it about?  Then they have to make three tough decisions: what doesn’t fit in the exhibit, what goes into one of the side rooms, and what are the two or three objects which are the main focus of the exhibit?

You can curate your life in the same way.  Think about your life “exhibit.”  What is it about right now?  What’s really important to you, both at work and at home?  What is your greatness?  Then take a look at your activities.  What are you doing that is irrelevant to the themes of your exhibit?  Get rid of that stuff.  What are you doing that’s necessary but not really of focal importance?  Give those tasks just as much energy as they require.  Let yourself be “good enough” on those things.

If you learn to say no to the stuff that’s irrelevant, and you learn to accept “just good enough” for the things that are necessary but not truly important, you will have the energy for the really important stuff, the tasks that are your greatness.  That’s how you get to a life of maximum productivity and real satisfaction.

Sounds simple.  It’s not.  But it is doable.  Here’s an example:

Alejandro was the head of IT for a large healthcare company.  Leaders of other departments were continually approaching the IT people with requests for services, both big and small.  Although the IT department was large, the team members were swamped with requests and exhausted by trying to keep up with everything.

So Alejandro created The Priority Project.  Every member of the department was trained in how to sort the requests into three categories – “Mission Critical,” “Necessary but not Mission Critical,” and “Unnecessary.”  Alejandro’s directive to his people was to focus their energy on the top priority, give moderate attention to the second priority, and deny requests that were in the third priority.  I was struck by the similarity between my curating model and Alejandro’s Priority Project.

The challenge, of course, was that leaders from other departments didn’t like it when the IT people classified their requests as “Necessary but not Mission-Critical” or “Not Necessary.”  So I worked with Alejandro and his team to help them develop the communication skills to keep The Priority Project on track.  Managing their focus and their energy continued to be a challenge, but the Priority Project gave the IT department a common language and set of tools for increasing their productivity and doing the work that really mattered to the company.

As a management psychologist and executive coach, I have helped hundreds of business leaders manage their energy more effectively by using the curating model.  If you’d like to learn more, check out Curating Your Life or get in touch with me at ggolden@gailgoldenconsulting.com.   You deserve to be living a life of high productivity and fulfillment – so go for it!

Gail Golden, MBA, Ph.D., helps leaders hit peak performance by drawing on her unique background as a licensed psychologist and an MBA-holding entrepreneur. She is the Principal of Gail Golden Consulting, an international network of senior management psychologists and consultants. Gail’s new book, Curating Your Life, shares what she’s learned from coaching hundreds of leaders on how to direct their energy toward identifying and accomplishing their most important goals. She has been quoted in Fast Company, Forbes, The Wall Street Journal, Today's Chicago Woman, Crain’s Chicago Business, The Chicago Tribune, and numerous other publications. ggolden@gailgoldenconsulting.com www.gailgoldenconsulting.com 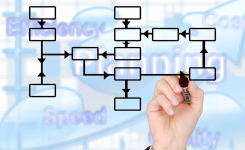 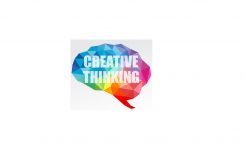 Why Lean and Creativity are the Perfect Combi... 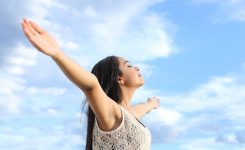 Study reveals how many times you should check... 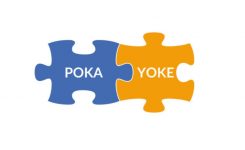 Why don't we see more poka-yoke in the office...